Is this a disconcerting banality for you?

Yes, because I have the impression that there is always a search for something a little extraordinary, like beautiful emotions.

For the moment, it’s a little fuzzy.

It’s very good that it’s fuzzy. It must never become clear. Does that mean anything to you, M.?

Yes, it speaks to me.

And you don’t feel a lack of pleasant emotions?

I never really wanted too much. I tried to let go, to relax in the void, to let go of representations, and even research.

You found a certain serenity that wasn’t there before.

Untroubled, no matter what.

Yes, I’m trying to work on that, because it used to make my life miserable. I knew where I wanted to go, but I was really going in the wrong direction by wanting to go in the right direction. I knew it, but I was going to…

…the wrong way. (To N.) And you too can say that you were wrong about a lot of things, like emotions, or food, among others.

I notice that quite often, I still seek a clear understanding.

I always thought I needed this.

Life is not a problem to be solved, but a mystery to be lived.

Yes, life is a mystery to be lived. It’s trivial, but do you suffer from this triviality?

No, I don’t miss the extraordinary.

You observe, and that’s it. It’s perfect.

All of a sudden, as the other day, there may be this immense compassion, but it is very momentary in fact.

Yes, absolutely. That’s what life is all about. And this race to always have something, whether it’s unnecessary suffering, strong emotions, or pleasant emotions, all that evaporates. And for me, banality is ninety percent. I am delighted, because this banality, it is simply there, it does not bother me, and when I think back to all the non-banality I lived before, I am relieved. Banality is very close to peace.

In this banality we can find a lot of wonder, for little things that we no longer saw at all.

Not necessarily, because I knew a lot about wonder, but it was something I was trying to cultivate.

Yes, there was an attachment.

It’s a mechanism I know well: “Come and see, how beautiful it is!”

Banality leads to peace. It’s very close, sometimes I hardly see the difference. There are waves, it’s getting a little rough, after that peace comes back.

For me the difference is that in the banality, there is still an expectation, a small residue. But the day we drop that, it’s just peace.

That’s right. At that moment, all doors to peace are opened. And towards unity too. Because in the banality, in peace, there is no longer any distinction between the ashtray on the table and the person next to you.

What you’re saying, H., is that behind the word “banality,” there’s still a judgment, a little smell?

While for me the word “peace” is still associated with those very positive emotions that I was looking for with greed.

No, peace is not an emotion.

Precisely, I prefer to call it banality for the moment, it suits me very well, it removes the reference to these positive emotions.

The peace I am talking about is without emotion, it is simply presence.

It refers to: “It’s life that decides.” And if there is no such consciousness, there can be no banality-peace, because there is always the search for something.

Banality is like those meal times when we have nothing to talk about, and they’re great.

I don’t know what people put behind that word. Everyone must have their own definition of banality. Where there is nothing, there are always perceptions, bird songs…

Banality is always about identity; objective banality does not exist, it is identity that designates it as banality. And what identity refers to as very banal is precisely something very precious in real life.

Yes, and when the identity designates it as banal, in fact it does not see it, it erases it.

Boredom is also very close to peace, from the moment you welcome it. In non-identity, we no longer know what boredom is. Yves Garel had cancer, and he knew he was going to die. When he visited me, during his tour of France to say goodbye to all his friends, we were sitting in the garden, and he asked me the question: “Do you know boredom?” I said no, and he told me that since he woke up, that’s what had struck him the most, he had never been bored. And his boredom was such before it made him an alcoholic. But it had completely disappeared. I think that’s the absence of fear, and the absence of boredom, that refers to someone who has fallen into real life. There is no boredom. And that’s why children play a lot. The worst thing for a child is to be bored, because identity no longer has anything to do. He has to fill this with interesting things. After that, when you’ve turned over, boredom can no longer exist, because there’s always something there. Even if nothing happens at all, and you don’t know what to do, it’s exciting, in a way. It’s intriguing. What’s going on? What’s going on? Do I know that or don’t I know that?

When you feel boredom, there is the tension to fill a void, but when you are just in that void, there is no boredom, nothing to fill.

For me, it is as if the personality was filtering around a certain number of things that interest it. For example, if I am hungry, I will look for food, focusing on it and ignoring everything else. So if there’s no food, I’m going to be in trouble, because that’s all I care about. When you let go of that focus, it’s so full, there’s the air, there’s everything, there’s everything, you can’t get bored! But this does not correspond to the objective on which our identity is focused.

This is very clearly what Jean Klein said: “What is boredom? It is the forgetting of all that is beautiful in you.” It had struck me a lot.

What you are looking for does not exist. You would rather tread an enchanted ground with beatific visions of a radical transformation of that non-existent self of yours into a state of being which is conjured up by some bewitching phrases. That takes you away from your natural state — it is a movement away from yourself.
To be yourself requires extraordinary intelligence. You are “blessed” with that intelligence; nobody need give it to you, nobody can take it away from you. He who lets that express itself in its own way is a natural man.
(U.G. Krishnamurti) 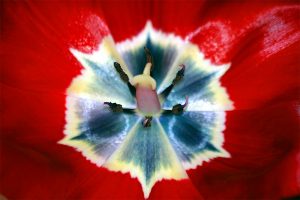