stephenhwolinskyphdlibrary.com
A Mirage Library makes available a number of free online books and CDs by Stephen Wolinsky.
Video by Stephen Wolinsky
Stephen talks about what to be attentive to when you look for a teacher. (7’08 mn)
netinetimedia.com
Neti Neti Media is committed to expand the potential of humanity by creating products that inspire and empower people to live fully expressed lives. Films on Advaita/Non-Duality.
Interview with Stephen Jourdain
At the age of sixteen, Stephen Jourdain ( 1931 – 2009 ) experienced a
radical awakening while contemplating (in the manner of a Zen koan) the
famous Descartes statement “I think, therefore I am.” As a result of
this fundamental change in perception–and at that very moment–the
essential basis of Jourdain’s identity collapsed once and for all, as he
realized the truth of what all of us essentially are: the fundamental
“I” principle, or Consciousness.
gurdjieff.org
A source of informed essays and commentary on the life, writings, and teachings of George Ivanovitch Gurdjieff.
Maurice Nicoll on Gurdjieff and Ouspensky
Read or Listen to Maurice Nicoll’s Psychological Commentaries (5 volumes).
Jean Klein on body consciousness
An excellent definition of body consciousness by Jean Klein.
ugkrishnamurti.org
Books, audios and videos on U. G. Krishnamurti.
well.com
Books, audios and videos on U. G. Krishnamurti.
spiritualteachers.org
Article on neo-advaita.
kebzeh.org
Hmsta Kebzeh is an ancient spiritual tradition which has been preserved in the Caucasus Mountains. It is an applied science of processing the human being. The process is that of awakening and developing latent human faculties under divine grace and guidance.
gurdjieff-movements.net
Informations on dances and physical exercises called Movements – as developed by G. I. Gurdjieff.
Gurdjieff on harmonium
Penetrating, deeply moving music, recorded in Gurdjieff ‘s flat in 1948/49 (downloadable).
Piano Music (Vol. 1)
Piano Music (Vol. 2)
Piano Music (Vol. 3)
Composed by T. de Hartmann (Pianist) et G. I. Gurdjieff in the 1920’s (downloadable).

Others links, in french language, are available on the french version of this site.

Links to complementary sites with whom we have established a reciprocal link:

Your task is not to seek for love, but merely to seek and find all the barriers within yourself that you have built against it.
(Rumi) 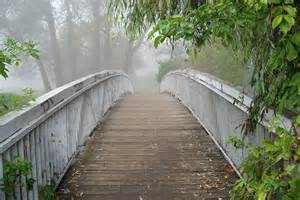 When love and hate are both absent, everything becomes clear and undisguised. Make the slightest distinction, however, and heaven and earth are set infinitely apart. If you wish to see the truth, then hold no opinions for or against anything. To set up what you like against what you dislike is the disease of the mind.
(Hsin Hsin Ming)