We have already spoken of the intervals encountered in the octave. It is now known that in any project there will be intervals, hence obstacles to be crossed. But there are also other obstacles that are not intervals. They are unpredictable forces that you cannot control: the car that breaks down, for example.
It can be an interval, but it can also be an unforeseen one. “The denying forces”. And what is important, when you plan a project, an octave, is to include the possibility of encountering unforeseen events. Often one forgets to take this into account in the preparation of a project.

Is it not rather a Mi-Fa when one encounter unforeseen events?

It can be, but it’s not necessarily a Mi-Fa or a Si-Do.

Yes, what’s important, is including that eventuality. When I have a plane to take, I always calculate to have enough margin in the schedule. You never know what problem may occur on the road.

That’s right. And we can generalize it. When I plan something, I always include the possibility of the unexpected, I never calculate to the minute.

And people who tend to arrive very early? Is it an identity mechanism?

It can be an identity mechanism.
In any case, it is a hypothetical calculation, because there are so many unforeseen contingencies that it is impossible to take everything into account: for example: when the car breaks down.

On this subject, not too long ago, I went to the airport giving myself plenty of extra time to get there. But, on that day an enormous truck had overturned on the highway. It was such an unexpected event, that even the airline company offered us tickets for the next plane, as it was missing half the passengers! This is the type of unexpected thing that we just talked about, absolutely impossible to plan.

With your example, that of getting to the airport, one usually calculates enough margin to allow for the unexpected. But it is very important to also integrate this margin calculation into regular things, where there seems to be a little more control.
It makes me think of the time my brother missed the exam to complete his teaching degree. On the first day of the week, he had planned a one-hour margin to get to the examination site. The bus ride took fifteen minutes, so he arrived very early. He does the same the next day. On the third day, he reduced his margin to thirty minutes. But on that day, there was a huge traffic jam and the journey time doubled: result, he arrived late. They were several other people in the same situation, but the official refused to let them in because of the delay: it is a prohibition on examination.
In short, just because things work in a fluid way several times doesn’t mean the same fluidity will happen the next time.

For a long time, I could not bear to arrive late. There was this fear behind: “what would people think of me if I showed up late?” But now that worry is swept away! I work by anticipating what might happen: I leave in advance to arrive just on time.

At the moment we talked about the temporal aspect, but having a plan B is also a way of taking the unexpected into account. When I fix a post, if I’m convinced that the solution I have in mind will work, I miss the possibility that it may not work.

It is also related to anticipation.

I think in the kitchen, you have enough experience now to take into account the unexpected, so that the meals are ready on time.

I always calculate to have fifteen to thirty minutes of margin in a project. It allows me some freedom if nothing unexpected happens. Then, this extra time becomes a gift.

For some appointments, I work differently, for example when I go to the doctor. Now I do it systematically: if I see that there are twenty people waiting, then I will walk. For me it is a change in energy. Stress eats my energy unnecessarily. That’s clear to me.

Another example: driving at night, for me is unnecessary stress. It takes so much energy to focus my attention and it exhausts me. I organize my life around driving during the day, even if it means having to extend my stay until the next morning. It’s important to get to know oneself here.

Yes, know your own rhythms.

Of course, when you can afford it, it’s always better to avoid unnecessary stress.

Stress is comparable to suffering: sometimes we are in a situation where we cannot avoid it. Because life has put us there, there is stress or necessary suffering. But if we can avoid it, we must avoid it.

Yes, that’s for sure! What you’re talking about is also related to anticipation.

In project management, we don’t really talk about “anticipation”, we talk about “risk management”. At the start of the project, we try to see what the big risks are. There are also families of risks: is this a risk for the group? A risk on skills, on the budget? It is these big categories that we are trying to identify. Then there is a probability factor: is this risk very probable or unlikely? As well as its potential impact. As a result of this analysis, plans can be started. For example, by saying: “For this task, there is only one expert. If (s)he’s not there, should I begin the project myself, or enact contingency plans, or just wait around for him/her to show up before I do something?”
The most difficult part is to identify the risks. There are not really recipes, we work a lot with the experience, despite all the preliminary analyzes.

It’s a question of experience.

The most expected thing you can expect is what's unexpected.
Dick Allen, Zen Master Poems 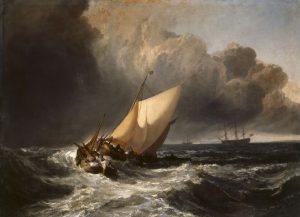