Let us talk about courage, it is an important aspect. Cowardice has already been mentioned as an aspect of identity. How is it necessary to have courage when following such a teaching? Trusting life, or an instructor, requires courage. A lot indeed!

It takes courage to not resist, to accept the necessary suffering, whatever it may be.

You have to be prepared to lose.

Take the risk of making mistakes.

Have the courage to dive into the unknown at every moment.

Yes, but not as a daredevil. I would like to go into this subject in greater detail, because we need to be very clear. What kind of courage? When should we seize the opportunity that requires courage, without getting lost? There are people who have courage, but they get lost, they get lost in the wrong direction.

In general, you know deep down what need to be done.

It means that courage must be accompanied, intuitively, by a “I know that’s what I have to do”?

Yes. Otherwise, it is not courage, when you don’t know. It’s more like unconsciousness.

And also be ready to accept the consequences of your act of courage.

For me, the courage is to go there without knowing anything.

Courage is actually based on sincerity with oneself, in this place where you say “yes, that’s it.” There, in this unknown, we can rely on body consciousness.

I also think that we can say that the more courage we give to oneself, the easier it is the next time.

Dare in spite of fear, with trust.

Like bungee jumping, the longer you wait to jump, the more difficult it is.

Yeah, it’s kind of like that. You have to jump.

Courage is also something I see in many children. It means it’s natural to have courage. After that, it often gets lost. Kids: what courage do they have to do things they’ve never done before! They throw themselves, they try, they want it, they fall, but they have the courage to do it. With age of course, it diminishes.
Can we say that courage is part of every essential value? That it’s natural, innate?

This faculty is there. It may be a little diminished, but it’s here. We also see that there are more advantages than disadvantages. The more we see it, the more we’ll get started when the time comes. I agree with what was said earlier: when I feel that I have to do something, I go, I do it. It’s part of my nature.

Identity mechanisms are there precisely to avoid taking the responsibility of dealing with an unknown situation, where we will eventually experience something unpleasant.

People who were about to die were interviewed. Some regretted many things, and others regretted nothing. They said, “I always had the courage to do what I felt I had to do, even if it was against the conventions.” They had no regrets, they could die in peace. The others were full of remorse: “Oh! I should have done this or that.”

It is very good for each one to reflect on the times when you have been fortunate enough to give yourself the courage to deal with the situation. This strength is like fuel.

What helps me is to tell myself that I may die in a week, a month or a year, and deep down, I really want to go that way. Am I going to die without passing through the door, standing on the threshold?

You have to be able to leave everything, places, people, everything.

The examples we have just given are extreme courage in the face of the great challenge. At the same time, there is also daily courage. When, for example, you arrive at a B-C, the courage to force yourself to do it. Moreover, there is an expression: “Come on, courage! It’s almost over.”

It happened to me earlier at the construction site. I had emptied the last wheelbarrow, and I was completely beaten up. All that was left to do was to take care of the tarp, and I thought: “no, no, later, I’m beat up.” At that moment I really understood that it was a B-C not to miss. I knelt down, and I took care to spread the tarp to dry it in the sun. Then I really felt like I had finished my story.

I felt a great relaxation… it was really over.

It’s great to have mentioned that. Indeed, you really have to gather your courage to finish the B-C.

With the E-F, there’s something stuck or missing.

And when it gets stuck, I think it’s only avoidance of the necessary suffering, linked to internal consideration mechanisms, because it involves an external factor. And all that’s at stake is a matter of pretentiousness and vanity.

For me, it’s more like it annoys me. I have to call someone, or look for information on the computer, a part is missing and you have to wait for it to be delivered. There is a disruption in the unfolding.

Yes, it’s also about impatience. Until the moment I accept that it’s like it is.

There are lots of small moments of courage, little decisions. Every time we go against an identity mechanism, we need courage.

Nevertheless, there is a difference between a “great” courage, such as having to let go of an attachment, sacrificing something that we believe is profound and important, on which a part of our identity is built, and the “small” courage that we have just talked about (great/small is not a value judgment).

In the courage of the B-C, there is no emptiness. There are courageous situations where there is emptiness.

It’s not just an impression, it’s a loss.

So there is the little courage and the great courage.

And every little courage gives strength to the big one.

And my impression is that life brings opportunities proportionate to what we can receive.

In any case, life offers us opportunities. When an opportunity arises, it is the moment. With the opportunity, we have the choice to decide. Either you’re sincere, and you know that you have to go and act, or you feel it but flee.

And they don’t occur so often. If we do not seize it, we will have to wait for another one.

And we do not know when! There may never be any again. It is also an important aspect. We have every interest in seizing the opportunities that we encounter.

The opportunity is a gift!

The practice of this teaching which initially seems easy (“ah, this is exactly what I was looking for “) is the most difficult thing in the world. Everything is against the possibility to know oneself, outside as in inside, everything is going against our efforts to be aware of ourselves. The Sufis call it “Sirat”, a road or a way, a bridge from the old towards the new life, finer than a hair, sharper than a sword, lined with brambles and thorns; but by following this path and by crossing the bridge, a man receives invaluable blessings.
C.S.Nott, Further Teaching of Gurdjieff 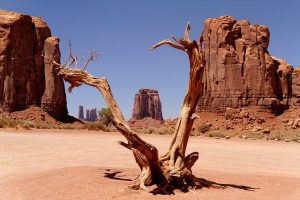