I would like to propose the subject “dark night of the soul.” (Dreariness can be part of it).
I don’t know if it’s really what I’m experience now: at the moment I have the impression of feeling cut off from life, an impression of solitude and exile, where god seems to be so far away, and also out of any perception. A kind of walking through the desert, a desert in terms of a dullness in intuition, perceptions. An absence of the heart, so much so, that it seems completely non-existent. There is a heaviness. A feeling of being offline.I’m just focusing on the “foot that lands now” trying not to make projections about this situation, neither in terms of time nor in terms of preferences, trying to abstain from commentaries and memory (about presence, about numinous). What experience do you have about that?

I lived and I still live periods of black night of the soul in an occasional way, sometimes long periods, sometimes small moments during the day. It takes place as you describe it, as internal cleanings but every time, when I am inside, there is this impression of eternity that is that will never stop and that that was always so. During these periods, I also feel the pangs of a nostalgic longing, but not always, there can be also dull periods, of “nothing” that I just live without holding on anything.

I don’t see it as an internal cleaning but rather a preparation for the nervous system to be able to face nothingness.

I experienced quite a lot the “dullness.” I was surrounded by people who were experiencing a more “spectacular” dark night of the soul, and thanks to exchanges with w. I understood what was going on and that I wasn’t missing an opportunity or doing a “bad” job on myself.

Reading your answer today, I realize that I never really understood the importance and the impact of what has been called “dullness!” On the other hand, the fact that you formulate it so directly is quite… striking! It gives incredible importance to this state… And on another level, it also reminds me of a little routine to which I submit myself to from time to time (when I’m aware of it and that I find the courage to practice it), not to try to fill the void by doing something, but staying with it and doing nothing and welcoming it, with all the discomfort it can sometimes generate… like little bits of dullness that one would accept to live consciously and voluntarily.

I remember having lived the moments of “dullness,” when everything seemed to me neutral, without consistency, moments of “no-man’s-land.” It was moments of rest, respite of changes, upheavals, transformation (processing), evolution, revival.

Yes, I had too a very dark period, which lasted a few months. When I remember it, I see myself down, isolated, with a sense of hopelessness. At that time, I had only settled on “what there was to do” during the coming day, or, if it seemed to me unsurmountable, in the coming half-day, or the coming hour. (I still had my two children at home, and there were imperative necessities.) It was a little as if this moment had cut my life in two and turned all my plans upside down. Now, when I cross moments of “nothing,” it does not possess the same dreary color. It is welcomed as one of the multiple landscapes to be crossed, as a temporary experience.

I had a long period of dullness, and the opportunity to talk about it during a meeting had “reassured” me, because we were a few to lived it or to be still inside; It still happens; it’s a feeling of no consistency or rather of no momentum, as a little bit deadened, separated, without points of reference. But I mustn’t forget that I’m still at life’s service in those moments, and to welcome the dullness; I understand it as a disaggregation of the identity.

I find very usefull this way of understanding this experience. A little bit different, John of the Cross tells that the soul has been illuminated by the light and thus is blinded, and it’s likened to being plunged into darkness, like an owl in full light.

I know well the dullness that feels like the crossing of the desert. It is for me a combination of empty emptiness, lack of meaning, the feeling of functioning as a robot that does what it has to do. There is an emotion or necessary suffering, but above all, this impression that being alive or dead does not really make a difference. During our exchanges, we had sometimes compared it to the withdrawal periods experienced by drug addicts or alcoholics, except that for me it is the weaning of the need for emotion, recognition, simply the need to be someone! As a result, I have learned to accept these phases and to be neutral towards when it happens. I do not pay much attention to it. On the other hand, I did not realize that these phases can also be moments of spiritual doubt, moments when I feel separated from God, but it speaks to me.
A passage related to Gurdjieff’s teaching says: “Perhaps the most chilling part of the teachings, particularly to those who have studied other systems, is Gurdjieff’s insistence on the necessity of realizing and experiencing our own “nothingness” before beginning the process of becoming “something.” In other schools this equates with “the dark night of the Soul” and is considered an advanced stage on the path. The process of being taken apart and reduced to “nothingness” before being put back together again, minus an accumulation of physical, mental, and emotional debris, is so painful that few of those who have cut their spiritual teeth on the less drastic systems ever complete the process.”

I find that it is also the death of illusions and false motivations. Behind it, is the vacuum which has to be welcomed. And, from this, something spontaneous, something “true” can arise… or not…

More than ten years ago, before I began the teaching, I lived this for a long period, about half a year or so. It was like life “didn’t taste anything” but in the same way as someone who has lost his sense of taste needs to eat food anyway, I had to just go on living life although there was no joy and I didn’t look forward to anything. It could be described as an apparent total absence of God, where there was not even enough emotions to desire and pray for a reunion. There was a sense that I could do absolutely nothing about it, that no change of inner or outer circumstances would make any difference whatsoever. I don’t have so many other memories of this episode. As far as I can tell, I just accepted my helplessness and lived it out. I don’t remember I had any unnecessary sufferings such as self-pity or fear. It eventually just faded away.

In my experience, two things linked to that state of “dark night of the soul” have been blindingly obvious:
– “that” happens to me, I have no control over this, I have no “doing” to propose and even more I am reduced to a “letting go”.
– as underlined by others, here, the impression that I no longer have emotions, as if I was dehumanized.
I note afterwards the fact that these are two important roots (or tools) of identity:
– the “doing”, the act to try to “dominate” our own life, to control it.
– to be moved, as to feel one more alive, even more human.

Yes… thanks to those who spoke about emotions or rather their absence! That’s true, emotion is associated with what apparently would be a human/identity value. And in this period, it’s very neutral in terms of emotions, I didn’t notice that point. Even what concerns essential value seems to be inexistent, and this “flatness” is so strange. One word could resume that: absence.

In the middle of winter I finally learned there was an invincible summer within me.
Albert Camus 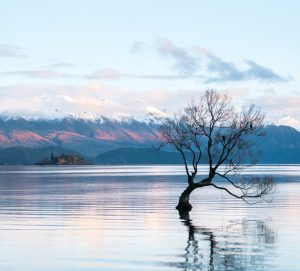