What is a koan?

A proposition, ungraspable by the mind, that can propel the listener into nothingness.

A statement, often posed as a kind of riddle, that can only be answered by breaking through the conditioned mind.

The koan is ungraspable to binary logic, it speaks to intuitive knowledge. It is like a blade which penetrates the fog of sleep, revealing a glimps of real life.

An earthquake for the mind, which helps it find one’s right place, bowing in silence.

A message that it is inconceivable to decode through the trodden paths of the mind. It works through the silence of the body and at the risk of understanding the unthinkable, unfolding the growing in the opening.

Riddle or apparently incoherent proposition that stimulates awareness but finds an answer only by transcending mind and rational thought.

An invitation to the capitulation of the mind, for the purpose of the emergence of an ungraspable understanding.

A verbal tool that is designed by the master for the disciple. It is intended to produce (or not) a connection between several centers as part of the process of no-mind understanding.

Defeat of the mind by a question/event to whom it can’t have a response resulting in the letting go of the mind and allowing the answer to emerge from the void, accompanied by an understanding that can be enlightening.

It can create the opportunity for an insight that jumps out of the nothing right into your face. It cannot be digested by the intellect, but it may allow the listener to grasp a glimpse of the real world.

An enigma not solvable by the intellect, in order to provoke a shock in the one who receives it. It short-circuits the mind and obliges a response to be found without looking for it. 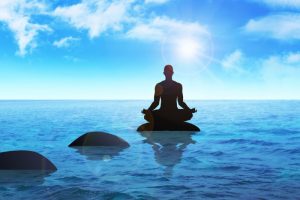