To think that what I do can have consequences for the other, it is part of the body consciousness.

Is it not external consideration?

No, external consideration arises in the moment. When I move something, when I take a tool, for example, what consequences can it have for the other? If he needs this tool and he does not know I took it? To bear in mind the whole group when doing something must be automatic, because it is part of the reliability, it emerges from the bodily consciousness.

And reliability, what is it exactly?

It means that you take into consideration the possible consequences for the other, when you do something. I have in mind the example of A. who left a ladder in his room without saying anything: three people searched for it everywhere for hours. That’s the opposite of reliability.

Okay, it’s an aspect of reliability, but there’s also something else: for example, one of us promised to fix the antenna cable. For me reliability is that he feels responsible for the project. He can possibly ask someone else to do it, he is not asked to be an expert. But it means that it will be done, or that if it is not done, we will be informed and we will know why. This aspect of reliability is very important to me who oversees, because I can be at ease, I do not need to think about it, nor monitor. Of course, in the end I will check, but I do not need to monitor the person, and these are two different things.
I see yet another aspect: the reliable person is not negligent. He may break a tool, but it will not be negligent. Just now, for example, I lost a screw on the lawnmower. It happens, it’s not a problem, but I know it was not negligent. It was not because I was out of body consciousness.

Addressing H. Another example: the ground anchor that you could not find as it was buried in the grass. You wanted to leave it in the ground. I insisted that you look for it and pick it up. Why? Because I think of the consequences: someone goes with the weedwhacker he can stumble and eventually get hurt.

So there was a slightly obscure meta-program. The objects in this case.

Yes, I think it is related to the objects in the P.A.T.I.L. For me it was typically a blind spot. I could not have seen it on my own if it had not been pointed at me.

That’s it. Another example of storage: I found by chance next to the bulbs (because I had to change a bulb), a bucket with all the nutcrackers. We searched everywhere for them! This is blatant unreliability. If you do not integrate into the body consciousness thinking about the consequences of what you are doing, you will not be able to be reliable. For me it is automatic, like the body consciousness: the consideration of consequences for others.

It does not require specific skill or know how.

And it is not a question that a certain logic is better than another. It is simply to convey information, and to take account of the other to avoid the hassle of searching for hours.

(Addressing the instructor) That is why I inform you, at the end of our gathering, about the place where I have put some objects, and about tasks that have been carried out or not.

The effort is to be made only at the beginning, after it becomes automatic, it is natural. As with non-procrastination, non-reliability is an identity mechanism that loosens when one is in real life.

There is a word that comes to me, which for me is related to reliability, it is the word “commitment”: we commit ourselves to being in a group. It’s not just personal commitment, it’s not everyone for oneself, the group is as important as you are.

Absolutely, it must be clear to everyone

Commitment is also helping others, it is pointing out shortcomings, forgetfulness. And there are ways to denounce it! I remember what W. had pointed out to me: “You have to read your mails every day,” and for me it’s obvious now: I read them every day.

But sometimes we have waited for your answer, even though it was urgent.

In this regard, when W. asks me a question by e-mail and I cannot answer right away, I always confirm that I have received the message and that I will reply later. In this way, he does not waste his time writing me again.

Acknowledging receipt of a request is very important.

In addition, the response becomes an anti-procrastination tool. I use it very much like that: when I tell someone that I will do it on a certain day, then I have to stay there.

There are also omissions. If I do not immediately put things in their place, the next day I do not think about it anymore. Lately I forgot to read the texts that A. sent me. I could not do it right away, and I forgot to classify them as “unread”. Misses happen too.

And misses are good in that they always bring us back to humility.

Absolutely, it creates a shock! A week later, she sent me a message: “Have you read the revisions? “… Oops !

For me, this discussion clarifies the issue of “doing well”.

Yes, we know that what we do has consequences. For example, someone may break a screwdriver because he did not want to waste time to find a better tool. When we integrate the fact that the neighbor who needs it will no longer be able to use it, we tend to do things without negligence. For me, it’s a side effect: you start to do things better. Another example is a loosely attached shelf may fall. It means that there is real attention to what is being done. Of course, within the limits of our own skills and knowledge.

It brings me back to the relationship with children. It is obvious that you change your mind when you are with young children at home. It happens by itself: we see things differently, we put ourselves in their place, at their height, and that avoids the dangers.

It is calling you !

It would have stung you !

When I put a screw in the wrong place, I know it. There is this awareness in the body, not in the head. Most of the time, we do not imagine the consequences, but we just know that they are possible. As far as I’m concerned, I cannot imagine exactly what the consequences will be. I do not know, and it is not necessary to know. But I know there can be.

(Addressing H.) And you are sent back to your own comfort, for you say to yourself: “What’s the use? Why seek it and dig it out?”

Even at home alone, I can tell you that if she tickles me, I take the ground anchor off.

Yes, that’s it, “it tickles me”. This is what can lead to becoming aware of the possible consequences.

(to H.) I also feel a resistance to adapt to something other than what you usually do. And this resistance makes you exist, it is obvious.

It is an identity mechanism.
For me at first it was hell, there was a lot of necessary suffering to see you act like that in the Zen garden (laughs). And it’s still sometimes like that! Although it is improving a little bit, the reliability is not yet developed. There are still residues of identity in people who are unreliable, it must be acknowledged.

Could you point it in the moment?

I point it very often! I point it whenever it is possible, but most of the time I see the anomalies when you are gone

What must be understood is that it is not a matter of knowing by heart where things are placed, but of asking when we do not know.

Or write on the board where the nutcrackers are stowed.

Or send a mail.

On the other hand to ask, one must first be aware that he does not know where an object belongs to. One can very well be persuaded that it is placed at such place, whereas it does not belong there!

Often it is a matter of observation. If a tool or object is used, it must be returned to the same location. It is necessary to observe at the outset. Recently, we did know how to put the mat back in the right position, after we removed it to clean it.

(Pointing at three participants) Regularly you space out completely. And in those moments, you cannot be reliable. You can space out when you are in the room to rest. But not when you do something. It opens the door to unreliability.

How do you recognize when we space out? Do you feel it?

Yes, I feel it in my body. When I am beside you, I feel when you are not in the body consciousness.

Sometimes I feel it because I feel separated. We are not on the same wavelength.

Yes, something is missing. Something that should be present is absent. And when we talk to this person, we have incongruous answers, which have no meaning or are not adapted to the situation. Or that do not really answer the question. But the person does not realize it, for her, that’s the right answer. But I do not feel understood, not heard. It does not matter, most of the time I leave it, because I know it’s temporary and I cannot point it every time.

And how do you do when you are not in the presence of the person? I remember a mail exchange: for you, it was obvious that something was wrong in me, and I said to myself: “yet I answered his question!?” But you insisted so much that I finally realized that you were pointing something wrong in my attitude.

It’s been fifteen years since I have e-mail exchanges with people, I’m used to this type of exchange. I hardly read what is written, but I feel what is behind it. I point it sometimes, but not systematically. With you, in this particular case, I allowed myself to say what I saw behind: it was so obvious!
When you feel tired, nervous, or when you start feeling unwell, when you feel that you’re forgetting about your body consciousness, then retire to your room for a quarter of an hour. Ask someone to replace you, it’s better than continuing to do things by relying on willpower. Otherwise you can become a zombie, and then you are no longer reliable. If this is not possible, straighten out, make an effort not to go into a trance. And if it’s really impossible, because you’re alone and you have to finish, tap into your reserves. But that is the ultimate resort. If not, put yourself on your bed or go into nature to find yourself back and not lose the thread of real life. It must be a priority.

A cane made of rope will offer no support.
Chinese proverb 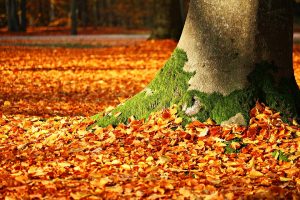