What is sacrifice for you?

For me, sacrifice is mostly sacrificing unnecessary suffering.

To dare the unknown.

It reminds me above all of the sacrifice of personal interest for the benefit of life.

What would sacrifice “for the sake of life” be?

It is that life does not necessarily unfold in my interest. Sacrifice is about participating in the flow of life as it unfolds, even if it does not benefit me. It is an active form of unconditional and total acceptance of life.

Sacrifice also refers to humility, to the recognition of something greater than oneself.

For me, sacrifices are often painful choices that life forces us to make from time to time, not necessarily linked to personal interest; but when we want to reach a goal, when we have an ambition (whatever the field) we are obliged to make sacrifices.

A French proverb says: “you can’t have your cake and eat it too”.

In traditional practices, one sacrificed the best (of one’s crops, of one’s animals) for the gods, as if one was moving from one material level to another.

It also reminds me of obedience, I have in mind the episode in the bible where God asks Abraham to sacrifice what he has most precious, his son.

There are other definitions: 1. effort voluntarily made, pain voluntarily accepted for a religious purpose of expiation or intercession.

2. Voluntary renunciation of something, loss that one accepts, deprivation, especially financially. Ex: “To make great sacrifices for one’s children.”

The sacrifice would come from a choice to be made, or from a cry of the heart, from abandonment.

For me it’s like when you take an existential decision but without personal will: you leave the controls to God, life, the universe, whatever, realizing that you never had the controls in your hand anyway; it’s like “surrender” indeed.

I agree with you, but I would just like to add the notion of action: we sometimes have the choice to have our own levers and to operate them. We are in the non-doing but a non-doing sometimes active where it is no longer our personal will that guides us but the will… of life.

Active, yes, but if we no longer have our personal will…where are the levers?

S. How do you know that this is “the will of life”?

This is the big question! Sometimes it doesn’t arise so much because the act (or not) is obvious. And sometimes I take a step aside to check that there is no hidden personal interest behind my (non)action.

Sacrificing the easy, the cowardly; sacrifice refers to a deep commitment to oneself.

Sacrifice what one is attached to. Sacrifice even God.

Dying to oneself becomes the priority of life.

The sacrifice is a “seppuku”. The person finishes himself.

For me, the opposition between self-interest and “something greater” may seem insurmountable before the sacrifice (cf. Abraham), but after the act, there remains only relief, liberation.

No more levers… at any level, on any plane… total annihilation.

Sacrifice is a breakdown of the structure.

Of the identity structure?

Sacrifice evokes the acceptance of the suffering necessary to live, in the moment.

Choosing what is in line with my ultimate commitment, so no sacrifice, rather courage; courage can be renewed often.

For me sacrifice means to consciously let go of something (concrete or not) that is valued, in order to obtain something else. So finally linked to identity, self-conscious or not, it is the “suppuku”. And I also liked the question: Who sacrifices?

If one no longer has a personal will, who sacrifices?

According to me, it is necessarily the identity that “sacrifices”, that is diminished. When one acts out of identity, it is not perceived as a sacrifice, but as a “normal” thing, in the flow of life.

A. it is not the same question… but it is very beautiful. Remain life, the sacred… name it as you like. What is!

We can sacrifice the concept.

You can’t sacrifice nothing, but the concept of nothing.

Yes. It’s clear! It’s part of the sacrifice of all his beliefs.

But the « coup de grace » is not the identity that gives it to itself.

But I don’t understand your questions and your remarks: “If one no longer has an identity”, what else do you want to take away? If there is no more identity, there is not even a concept, nothing, even physical life should not produce any attachment (cf Nisargadatta).

When we say “it is the identity which sacrifices itself, its attachments, its concepts etc.”, we can quickly say to ourselves, therefore “it is useless”… However, it is the identity that has been doing the work for years, and stripping itself. What do you say to that?

I resonate with that question: is it possible to sacrifice one’s most sacred? Or is it an act of God?

It is the act of God in us. We are inextricably interwoven with both, with identity and desire towards “God”; and identity constantly manufactures what this Unknown will sacrifice. A game of construction and deconstruction.

Therefore, we must not go against the movement of the “seppuku” of identity that takes the knife of God, because that would be to go in the direction of identity without God.

It makes me think of biological evolution: functional traits are mostly retained.

Is it the carrot that makes the ego eat itself, or the ego?

The carrot. But when there is no more carrot, what is left?

The finger of God. 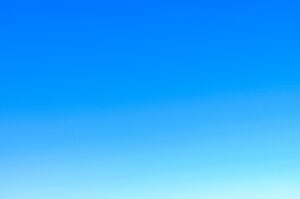