I invite everyone to write about the relationship between: symbiosis – everything is equally important – non-separation.

A relational symbiosis is characterized by a high degree of attention and vigilance in all the interactions one engages in, with the other person.
This creates a sensitivity to all aspects of what is going on and also leads to immediate responses to stimuli and a thus fast-paced exchange of experiences between each other.
All sensations and all of what is being communicated through the body and language, of both oneself and the other, become equally important to “listen to” and to process.
And for this to continue, there can’t be any engagement in “private thinking” which would distract from the attentiveness on the stream of sensations and actions and therefore interrupt the state of non-separation that is present.

It is like when you are in a dance with someone. Or, for example, two people carrying and moving a brittle and expensive window from one place to another. The exchange of stimuli and responses happens so fast that you are taking in cues both from yourself and the other at the same time. You actually follow and adapt to the two of you in the movements that you perform together.

I feel intuitively the link between symbiosis and nonseparation, but I struggle a little to describe it with words. A series of images come to mind; images that we have all heard of before. The butterfly effect, a butterfly beats it’s wing in China triggering a hurricane sometime later in the Atlantic, non-separation is evident, all things are connected to other things and can trigger an unpredictable result. The link of “all is equally important” here is that the small butterfly, his gracious wing beating, is as important as the powerful hurricane. Because they are non-separated that one can trigger the chain of events that causes the other.
The pilot fish, small, and frail lives in symbiosis with the powerful shark who could not live and eat without him. Both live in symbiosis, they are rewarded and are in need of each other, the examples are countless in plants and in particular animals. I think that we have lost this sense and this relation by the self-identification with our body/mental and our attachment to the almost exclusive function of the intellectual center, we live “us” as separate entities (so much separate that we destroy all other species without realizing that we need them to survive, because everything is connected.)

The divided attention invites me to PATIL which includes all things being equal; I see the symbiosis as the culmination of two instructions simultaneously met: all things are equally important and divided attention.
My difficulty resides in forgetting or not understanding this link, and forgetting to check using PATIL if there were no aspects that went by the wayside; and that, was a botched job, a rushed job. I understand the interest to open myself up to more perceptions especially those that do not please my ego and especially, especially without prioritizing them; I will have to function differently, i.e. becoming more aware and without dead time and that’s quite a challenge!!!

In symbiosis, a balance is formed, a flow which passes by between two beings living in harmony and in which everything is equally important. There, we can say that there is a state of non-separation.

Here’s my view about the relationship between these concepts: symbiosis implies the presence of at least two “actors” different from each other. Although there is a “very narrow and harmonious relationship”, there is a separation at first, then listening and consideration of each other to evolve harmoniously. Through that “union’s” notion, I perceive some personal or collective interest, that explains or leads to harmony: it happens naturally between the shark and the pilot fish which relieves the shark ridding it of its parasites and which in return is nourished easily, away from its own predators. And in the case of the transported glass, that harmony and agreement comes from a shared interest not to break the glass. Consideration of external factors mainly aim at the desire to preserve the glass: they will focus on elements present on the path, the movement of his teammate, but we can drop many details which will have no impact on the goal.
I think the fact of introducing equanimity (“everything is important”) leads to an higher level, since it doesn’t worry about any objective and brings in the perceptual field all the elements present in our immediate environment, including those optionally neglected in the previous examples. It becomes a vast space, open to everything, without purpose, without focusing on a goal or interest, while remaining open also to the performance of any work with a goal to reach. In a way, the character vanishes in a naked open attention, and details “without any interest” can suddenly take a real importance that the identity would never have offer to.
Perseverating in this equanimity through divided attention and PATIL in parallel to body consciousness, will probably erode the identity’s foundations, I think, and leads most likely to experience the non-separation ever more permanently.

The symbiotic nature of life is what brings me to body consciousness. How can “I” be in symbiosis in the context of regular life? From the permanent welcoming of what is, and the permanent answer to life through “me,” the symbiosis is born, everything is equally important, the welcoming is unconditional and without judgment. The sheet, the person next to me, me, the stone on the ground: are. And writing this returns me to unconditional love and to the impersonal.
I am therefore, not separated from what I am. I am, acting in life, with her in the all-is-equally-important in symbiosis.

The symbiosis evokes the holy alliance. I feel in love with all which surrounds me. There are not criteria anymore; there is not the notion of importance.
I am confidentially connected, united, in the laws of the universe, united with the intelligence of the life.
It is a holy alliance with the divine.

For me, the non-separation is both a fact and a feeling that goes along with body consciousness, and the all is also important, a kind of evidence felt.
Similarly, the symbiosis is also a fact if I consider this word as a representation of the great whole, the universe, the divine, the sacred, life. Use the word that suits you. But I know it can also be a trap when it is considered in the sense of functional harmony, which may then include a judgment of the type: “I am one with life, so everything will run smoothly without friction.” This can be true when working with another person, as in the example of two people who carry a glass or with any part of life, like a sailor who would be in harmony with the ocean.

A part of me recognizes the powerful and invisible life force that runs through us, connects us, carries us, mixes us, human and non-human; but I feel also at an emotional level, my own confinement and the cases of extreme misfortune (in all its forms), and here I cannot integrate the symbiosis as a harmonious relationship. It is as if there was a tension between an intimate evidence, subtle, and my feelings. Lack of faith? I don’t know.

For me the symbiosis is directly related to body awareness and presence in every moment, every gesture, and every sensory perception.
A kind of symbiosis between the nothing that perceives and everything that is perceived.
This means: the presence in the acceptance of all things as equal, which “justifies the end”: a default life on which one has no control but which fills those who accept it unconditionally and without personal interest.

To join with life and live non-separation is to live the unfolding, moment-to-moment reality of life. To live this unfolding, as it happens, is the most important thing for a human being. Yet living it means to be devoid of hierarchical categories of good/bad or seek/avoid. For the “individual” living non-separation, life is always symbiotic. It balances itself. It may require “me” to perform some life-balancing actions sometimes, but that is as an agent of life, not as an independent identity. 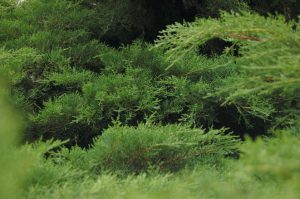