The feeling of lack has always been an engine for looking for something, and I recently realized that I wanted to get rid of that feeling of lack. But I wonder if that’s correct, and I think it’s not.

Do you feel the lack physically?

Yes, and emotionally too.

Okay, so there’s no need to solve it!

No, there’s nothing to solve. Only observe and welcome. It’s very precious.

Yes, very precious! Many people here live it all the time. This is the void behind everything we do. You’re in direct contact with it, that’s great.

Yes, the big hole. But we tend to fill it immediately.

Especially not!
And A. what is your experience with the issue of lack?

Ah, who’s welcoming? It’s the heart, especially not the mind. As soon as I feel like I stepped on the thought train car, I get off as soon as possible.

And instead, what is it?

And some days, you have to return tirelessly to the body consciousness.

And behind the body consciousness, what is it?

That is why it is precious: because this emptiness, this lack, is really the basis of everything. Stay with it, completely. Even if you don’t understand anything, don’t search, don’t interpret, stay with it, it’s very precious.
It’s like an addict who needs his drugs. It is identity that seeks to fill the void. It can’t stand it! You may even have physical symptoms when you choose to stay with lack. But it doesn’t matter, it passes. That’s one of the things you have to go through here.

There’s loneliness, too. Feeling extremely alone sometimes, but in a positive sense.

Yes!
To want to understand is still an identity mechanism. The child wants to understand, that’s how he constitutes his identity. We do the opposite. Just being there, observing, seeing, looking, feeling, that’s enough. Body consciousness.
Thanks for sharing, it was very interesting. And A.?

Sometimes I feel like I understand a little, and then it changes immediately! There’s nothing fixed, it’s elusive.

What is permanent is your heart.

Yes, there is something in the background that doesn’t change.

I have the impression that emptiness is behind everything, and that it is the density of what emerges from it that changes. There are times when the void is full, so everything is in its place, everything is quiet. But sometimes there is a lack: it is a void that seems empty, and you want to look for something to fill it.
And if I make the connection with the body consciousness, I would say that there are moments of forgetting, when I am separate, and it is at this moment that I can feel the lack, like a hole to fill. On the other hand, when I am in the body consciousness, I feel dilated and paradoxically complete: it is at this moment that I could speak of a full emptiness.

And A.M.? What’s your message?

For me, the word “lack” and the word “empty” do not evoke the same thing. The lack, I experienced very strongly, as a feeling of “it can’t last, it’s not real life, you have to find it.” And it’s not like that anymore. For me, emptiness is above all silence. And what I also discovered here is a void that frightened me at first, a void linked to the attachments that come apart. Even in action, the vacuum is in the background. There are always a lot of demands, but I’m not the one running this machine.

Absolutely. We have an expression for that: “It’s life that decides,” We let life happen.

Yes, that’s right. And there’s a big void in the sense that I can do things conscientiously, but without attachment. It was an important passage for me, because I was very much involved in attachment to people.

When you demand nothing of the world,
nor of God, when you want nothing,
seek nothing, expect nothing,
then the Supreme State will come to you
uninvited and unexpected.
Nisargadatta Maharaj 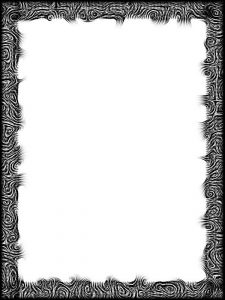